First, to satisfy your curiosity: 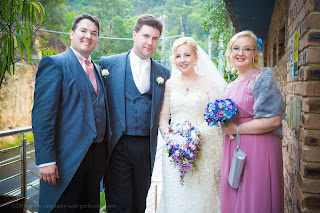 Yes, it was a lovely wedding. Thanks for your well-wishes.

I've been slogging through the TenFourFox 43.0 port and while the JIT is coming along slowly and I'm making bug fixes as I find them, I still have a few critical failures to smoke out and I'd say I'm still about two weeks away from tackling 45. Thus, we'll definitely have an TenFourFox 38.9 consisting of high-priority cross-platform security fixes backported from Firefox 45ESR and there may need to be a 38.10 while TenFourFox 45 stabilizes. This 38.9, which I remind you does not correlate to any official Firefox version, will come out parallel to 45.3 and I should have test builds by this weekend for the scheduled Tuesday release. TenFourFox 38.9 will also include a fix for a JIT bug that I discovered in 43 that also affects 38.

I'm also accumulating post-45 features I want to add to our fork of Gecko 45 to keep it relevant for a bit longer. Once 45 gets off the ground, I'm considering having an unstable and stable branch again with features moving from unstable to stable as they bake in beta testing, though unlike Mozilla our cycles will probably be 12 weeks instead of 6 due to our smaller user base. These features are intentionally ones that are straightforward to port; I'm not going to do massive surgery like what was required for Classilla to move forward. I definitely learned my lesson about that.

Posted by ClassicHasClass at 8:24 PM 6 comments: