I never got the pleasure to have met him in person, but virtually any desktop computer owes a debt to him. Not only the computers using the the 6502 microprocessor he designed, but because the 6502 was so inexpensive (especially compared against the Intel and Motorola chips it competed with) that it made the possibility of a computer in everybody's home actually feasible. Here just in the very room I'm typing this, there is a Commodore 128D, several Commodore SX-64s (with the 8502 and 6510 respectively, variants of the 6502 with on-chip I/O ports), a Commodore KIM-1, a blue-label PET 2001, an Apple IIgs (technically with a 65816, the later WDC 16-bit variant), an Atari 2600 (6507, with a reduced address bus), an Atari Lynx (with the CMOS WDC WD65SC02), and an NEC TurboExpress (Hudson HuC6280, another modified WDC 65C02, with a primitive MMU). The 6502 appeared in fact in the Nintendo Famicom/NES (Ricoh 2A03 variant) and Super Nintendo (65816) and the vast majority of Commodore home computers before the Amiga, plus the Atari 8-bit and Apple II lines. For that matter, the Commodore 1541s and 1571s separate and built-into the 128D and SX-64s have 6502 CPUs too. Most impactful was probably its appearance in the BBC Micro series which was one of the influences on the now-ubiquitous ARM architecture.

I will not recapitulate his life or biography except to say that when I saw him a number of years ago in a Skype appearance at Vintage Computer Festival East (in a big cowboy hat) he was a humble, knowledgeable and brilliant man. Computing has lost one of its most enduring pioneers, and I think it can be said without exaggeration that the personal computing era probably would not have happened without him. 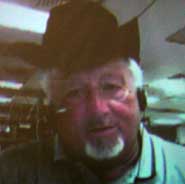 Posted by ClassicHasClass at 12:29 PM