BlueBorne and the Power Mac TL;DR: low practical risk, but assume the worst

Person of Interest, which is one of my favourite shows (Can. You. Hear. Me?) was so very ahead of its time in many respects, and awfully prescient about a lot else. One of those things was taking control of a device for spying purposes via Bluetooth, which the show variously called "forced pairing" or "bluejacking." 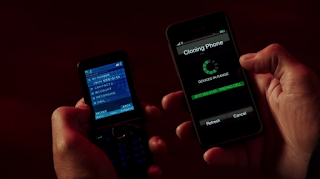 Because, thanks to a newly discovered constellation of flaws nicknamed BlueBorne, you can do this for real. Depending on the context and the flaw in question, which varies from operating system to operating system, you can achieve anything from information leaks and man-in-the-middle attacks to full remote code execution without the victim system having to do anything other than merely having their Bluetooth radio on. (And people wonder why I never have Bluetooth enabled on any of my devices and use a wired headset with my phone.)

What versions of OS X are likely vulnerable? The site doesn't say, but it gives us a couple clues with iOS, which shares the XNU kernel. Versions 9.3.5 and prior are all vulnerable to remote code execution, including AppleTV version 7.2.2 which is based on iOS 8.4.2; this correlates with a XNU kernel version of 15.6.0, i.e., El Capitan. Even if we consider there may be some hardening in contemporary desktop versions of macOS, 10.4 and 10.5 are indisputably too old for that, and 10.6 very likely as well. It is therefore reasonable to conclude Power Macs are vulnerable.

As a practical matter, though, an exploit that relies on remote code execution would have to put PowerPC code somewhere it could execute, i.e., the exploit would have to be specific to Power Macs. Unless your neighbour is, well, me, this is probably not a high probability in practice. A bigger risk might be system instability if an OS X exploit is developed and weaponized and tries spraying x86 code at victim systems instead. On a 10.6 system you'd be at real risk of being pwned (more on that below). On a PowerBook G4, they wouldn't be able to take your system over, but it has a good chance of getting bounced up and down and maybe something damaged in the process. This is clearly a greater risk for laptops than desktop systems, since laptops might be in more uncontrolled environments where they could be silently probed by an unobserved attacker.

The solution is obvious: don't leave Bluetooth on, and if you must use it, enable it only in controlled environments. (This would be a good time to look into a wired keyboard or a non-Bluetooth wireless mouse.) My desktop daily drivers, an iMac G4 and my trusty Quad G5, don't have built-in Bluetooth. When I need to push photos from my Pixel, I plug in a USB Bluetooth dongle and physically disconnect it when I'm done. As far as my portable Power Macs in the field, I previously used Bluetooth PAN with my iBook G4 for tethering but I think I'll be switching to WiFi for that even though it uses more power, and leave Bluetooth disabled except if I have no other options. I already use a non-Bluetooth wireless mouse that does not require drivers, so that's covered as well.

Older Intel Mac users, it goes without saying that if you're on anything prior to Sierra you should assume the worst as well. Apple may or may not offer patches for 10.10 and 10.11, but they definitely won't patch 10.9 and earlier, and you are at much greater risk of being successfully exploited than Power Mac users. Don't turn on Bluetooth unless you have to.

Very Soon Now(tm) I will be doing an update to our old post on keeping Power Macs safe online, and this advice will be part of it. Watch for that a little later.

Posted by ClassicHasClass at 2:01 PM